Two-day Fourth General Assembly of IOFS kicks off in Kazakhstan 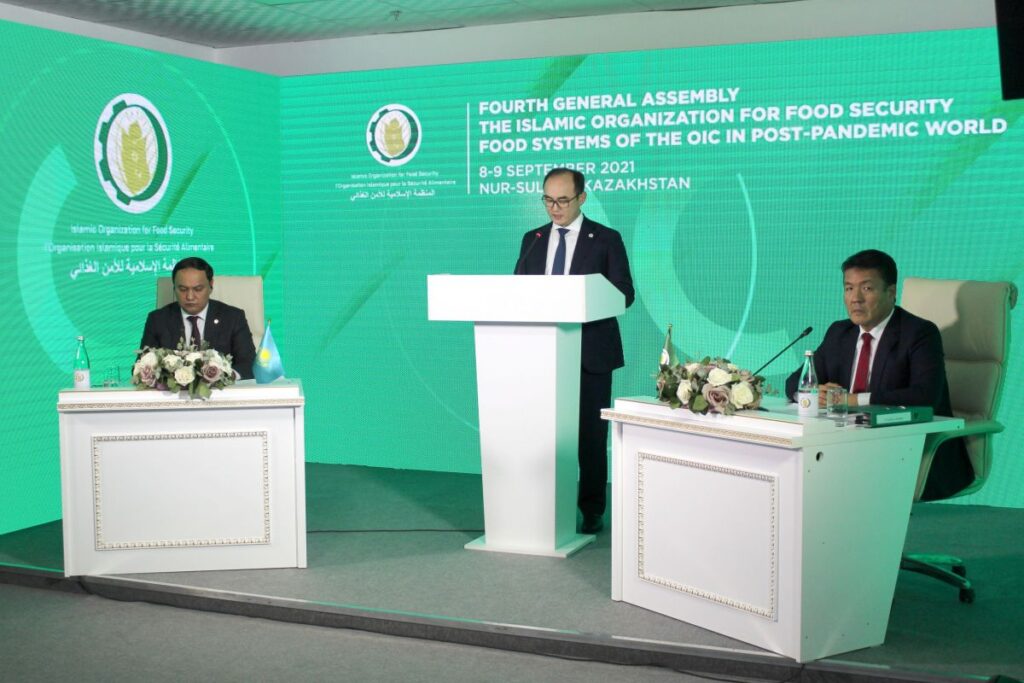 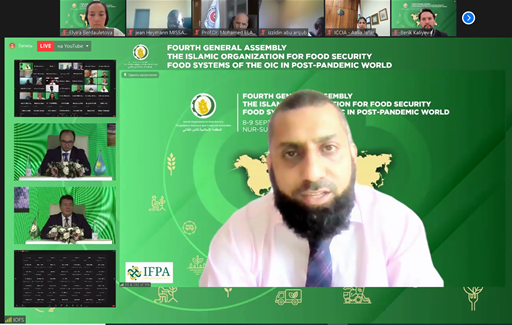 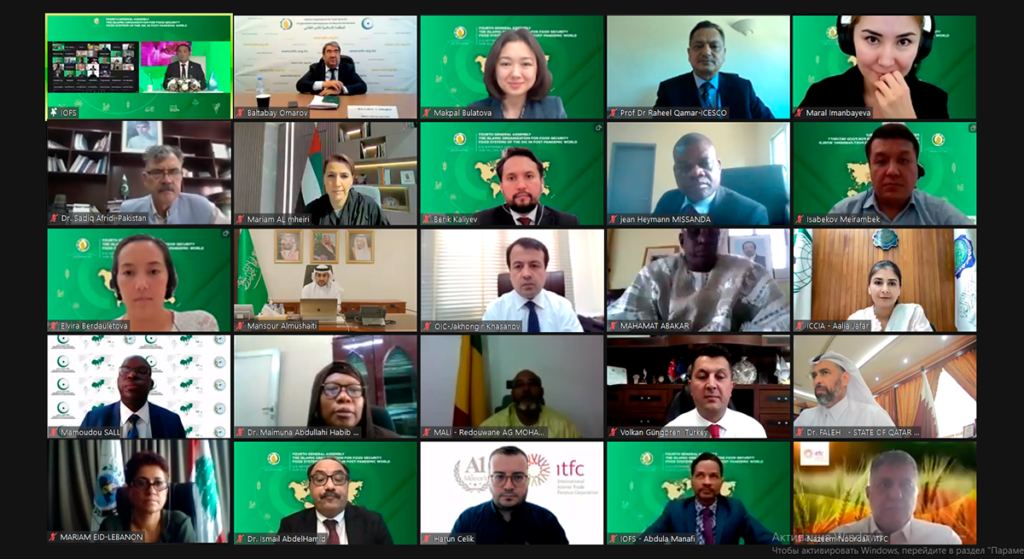 The Fourth General Assembly of the Islamic Organization for Food Security (“IOFS”) was inaugurated with keynote remarks by the Deputy Minister of Agriculture and Forestry of the Republic of Turkey, H.E. Mrs. Ayşe Ayşin Işikgece and following the rotation procedure, Her Excellency transferred the chairmanship from Turkey to Kazakhstan for one year term. At the handover ceremony H.E. Mr. Yerlan Baidaulet, the Director-General of IOFS expressed his appreciation for Turkey’s successful chairmanship.

During the session, the Minister of Agriculture of the Republic of Kazakhstan, H.E. Mr. Yerbol Karashukeev noted that “Central Asian export and trade share is scantily represented in the Islamic world economy, despite it possesses enormous potential and has highly untapped trade and investment opportunities for intra-OIC market. The Republic of Kazakhstan is one of the largest member countries which has more than 200 million hectares of agricultural land, which is world’s 4% resources. OIC markets have a huge demand for value-added high-quality products of Kazakhstan and the country is eager to contribute to strengthen OIC food industry and security”.

The Director General and CEO of the International Islamic Food Processing Association (“IFPA”), H.E. Sheikh Bilal Khan presented on the first day of the session, where he provided an overview of the key value proposition of IFPA with highlights of standout achievements since the inception of IFPA and he remarked that “IFPA is striving to realise the G2G mandate of our parent entity IOFS into the B2B reality for the private sector by identifying and executing key opportunity and growth areas of OIC agri-food sector to facilitate economically-vibrant cooperation between importers, exporters, investors, project companies and other ecosystem entities within the OIC agri-food markets by means of Shariah-compliant instruments of Islamic finance, investment and insurance in a sustainable, systematic and structured manner”.